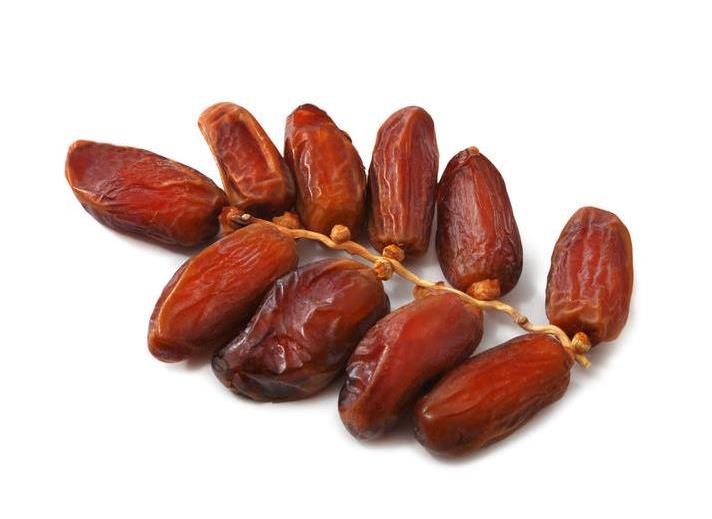 Modern science found that dates play an important role in the complete diet of man. They content sugar, fats, proteins and necessary vitamins.

Dates also contain such elements that are a very effective remedy for the prevention of stomach cancer progression.

Dates prevail over other fruit in their diverse composition, they contain iron, phosphor, copper, manganese, magnesium, kalium and many others.

In the Sacred Koran dates are mentioned 20 times, that once more emphasizes a very important role of dates in human life.

After having eaten dates, even a very tired man for half an hour feels his forces return and energy restore.

Low blood sugar very often makes man feel an overwhelming hunger. After eating just a few dates, the sense of hunger disappears. Thus, if man before breaking the fast eats dates, a little quantity of food will be quite enough for him and he won’t overeat and, therefore won’t do harm neither his spiritual, nor physical health.

Scientific experiments showed that dates contain special stimulants that strengthen the muscles of the womb for the last months of pregnancy. And that, in its turn, not only facilitates the very process of childbirth, but reduces the term of postnatal bleeding.

Dates also contain such elements that enrich mother’s milk with the most important vitamins for valuable development of a healthy child, increasing the resistance of the child’s organism to a lot of diseases.

It is very important to note that dates have special elements that help to remove depressive states characteristic of pregnant women.

Taking into account all these factors, namely dates as the best food for pregnant and nursing women are recommended by dietarians.
Modern nutritional institution recommends dates for children suffering from nervous disorders.

Dates are an excellent remedy for faintness. It is well known that namely the fall in blood sugar is one of the main reasons causing faintness (but dates immediately raise sugar).

It is curious to notice that one should eat dates in combination with cucumbers to put on weight. For 1 kg of dates contain 3 thousands of calories that can completely substitute the daily minimum of active man.

Dates are very important for eyes, preventing darkening of vision. It is interesting to note that for the first years of Islam establishing namely dates were the essential component of the warriors ration. Dates were carried in special bags attached on each side. Dates are known as an excellent stimulator of muscles and are the best food for the warrior preparing for the battle.