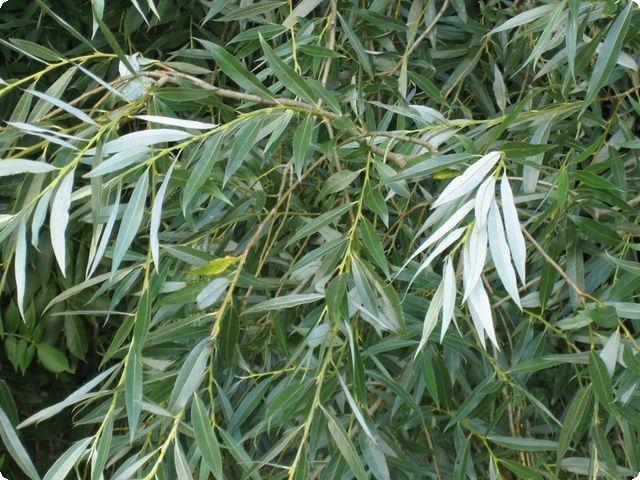 There are at least 170 species of willows, distributed mainly in the cool areas of the Northern Hemisphere, where Willow goes beyond the polar circle. In North America there are more than 65 species of willow of which only 25 reached the size of the tree. Willows differ from other trees by their rapid growth. These trees easily withstand long-term flooding, which can be used to strengthen banks and prevent them from erosion. They also provide timber and grown as an ornamental plants. Strong and flexible branches of some species used from ancient times to weave baskets. The bark is rich in tannic acid and was used for tanning hides.

Owing to the tanning agents and the formation of salicylic acid, willow bark has antipyretic, analgesics, anti-inflammatory and antibacterial effects. In traditional medicine willow bark is used as a substitute for quinine. Willow bark is also added into the Diaphoretic or Sweat Producing Tea. Tincture of the willow bark is recommended to drink when coughing, headache or febrile illness. Externally, tincture is gargled when having inflammation of the mouth, applied on furuncles. Willow bark is also used to strengthen the hair. Experiments have shown that flowers of male trees appearing as catkins, collected in spring, have a tonic effect on the heart.

In France, young shoots peeled from willow bark are used to prepare various dishes. First they are pre-boiled then fried with sugar and onion, flour sauce and vinegar are added at the end. To prepare snacks in the form of golden sticks shoots are boiled and fried until a golden crust.

Young leaves, buds, shoots are used to brew tea, which, according to fishermen and hunters, lifts spirits and gives strength. In the Caucasus, from the pollen collected from male catkins honey drink was made that strengthens the walls of blood vessels.