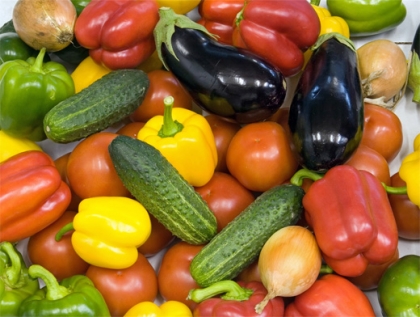 The birthplace of tomato is South America, where until now you can come across wild verities of tomatoes. In the middle of the XVI century tomato came to Spain, Portugal and then to Italy, France and other European countries. For a long time tomatoes were considered inedible and even poisonous. European gardeners grew them as an exotic ornamental plant.

Tomatoes have many health benefits. Tomato vegetable is one of the most popular crops today due to its valuable nutrients and dietary qualities. These days, tomatoes are cultivated in open fields, greenhouses and even on people’s balconies.

The main health benefit of tomatoes is that tomatoes contain large amounts of lycopene, which today is one of the most powerful natural antioxidants. Studies have concluded that lycopene is not only a powerful antioxidant, but may act as a regulator of gene functions that affect the immune system, as well as to accelerate the renewal of tissues. Researchers found that people between the ages of 77 to 98 years, whose blood contained high levels of lycopene, did not need outside help and easy dealt with kinds of activities like walking and swimming.

Sufficient scientific evidence suggests that people who eat tomatoes on a daily basis are less prone to prostate cancer and colon cancer, which is a substantial health benefit, don’t you think? To prevent disease and prolong life does not necessarily have to mean that only fresh tomatoes should be used. Lycopene is also found in sufficient quantities in tomato sauce, tomato soups and most likely in the canned tomatoes and etc. But it’s probably better not abuse consumption of ketchup stuffed with preservatives, sugar, etc.

0
Like this post? Please share to your friends:
Related articles
Food 40
It is well documented that excessive consumption of sugars leads to oral erosions and
Healthy Eating 69
Do you ever wonder if you are getting enough vitamins, minerals, and fiber through
Aphrodisiacs 0
A number of wineries are producing high-quality organic wines that rival traditionally produced variants.