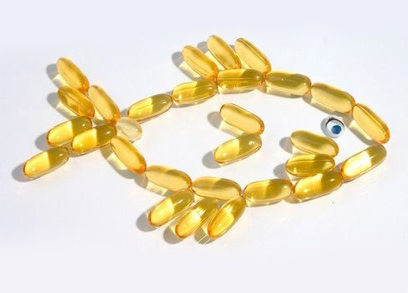 Benefits of fish oil have long been proved by scientists. Benefits of fish oil are constantly uncovered and added to the list of the positive impacts of fish oil on the human body. Biologists from Japan have found that fish oil enriched with omega-3 acids is an effective means for burning calories. While using fish oil the process of lipid metabolism is more intense. The use of fish oil may lead to loss of weight of up to 1.5kg.
The data of this study confirmed that fish oil fat acids omega-3 are not only preventing heart and vascular diseases, but also reducing the risk of diseases that are associated with excess weight.

The benefits of fish oil do not stop just there. Taking fish oil during pregnancy helps improve coordination of development of the child. As you know, the fish oil comprises fatty acids omega-3. When combined with fatty acids omega-6 (found in vegetable oils) have positive impact on the entire human body. And while pregnant is has a positive effect on the brain and growth of the embryo.
Do not forget that during pregnancy the use of fish oil must be agreed with your doctor.

Cod liver oil is widely taken to ease the pain and joint stiffness associated with arthritis, but has also been clinically proven to have a positive effect on the heart, bones, and brain, as well as helping to nourish skin, hair, and nails.

Many adults do not meet the RDA for Vitamin D. Cod liver oil is effective in treatment of household burns, due to its high vitamin content, often leaving no burn-related blister. Cod liver oil has been listed by some as an effective complementary measure for long-term treatment of multiple sclerosis.

Thanks to fish oil people can see well in darkness and distinguish colours.

A study examining whether omega-3 exerts neuroprotective action in Parkinson’s disease found that it did, using an experimental model, exhibit a protective effect (much like it did for Alzheimer’s disease as well). The scientists exposed mice to either a control or a high omega-3 diet from two to twelve months of age and then treated them with a neurotoxin commonly used as an experimental model for Parkinson’s. The scientists found that high doses of omega-3 given to the experimental group completely prevented the neurotoxin-induced decrease of dopamine that ordinarily occurs. Since Parkinson’s is a disease caused by disruption of the dopamine system, this protective effect exhibited could show promise for future research in the prevention of Parkinson’s disease.

Summarizing the benefits of the fish oil above, fish oil needs to be taken for the following reasons:

Be careful in taking fish oil if you have any of the following conditions:

You can’ take fish oil for long periods of time and should happen in sessions. The recommendation is approximately 3 monthly sessions per year. Do not take fish oil on an empty stomach, because in this case it is likely you will get digestive disorders.